Ah, fall. Though this fall looks a little different than seasons past, one thing is always constant this time of year—autumn leaves. Get ready for autumn by learning about six of our favorite tree species: 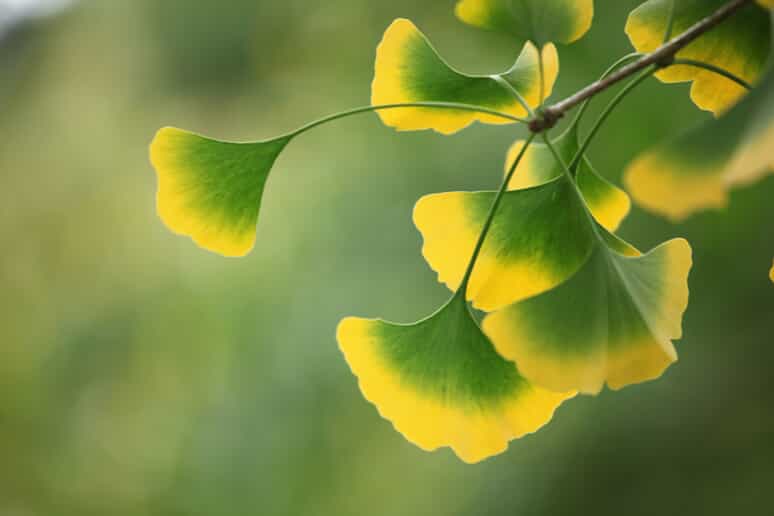 Ginkgo leaves are shaped like a fan and turn a gorgeous saffron yellow in the autumn. This tree is native to China, where some species can grow over 160 feet tall! Some trees have been around for 2,500 years thanks to their insect-resistant wood, natural resistance to disease, and their ability to form aerial roots.

Plant this tree in an area with full sun or partial shade and good drainage.

Where does it grow? Hardiness zones 4-9 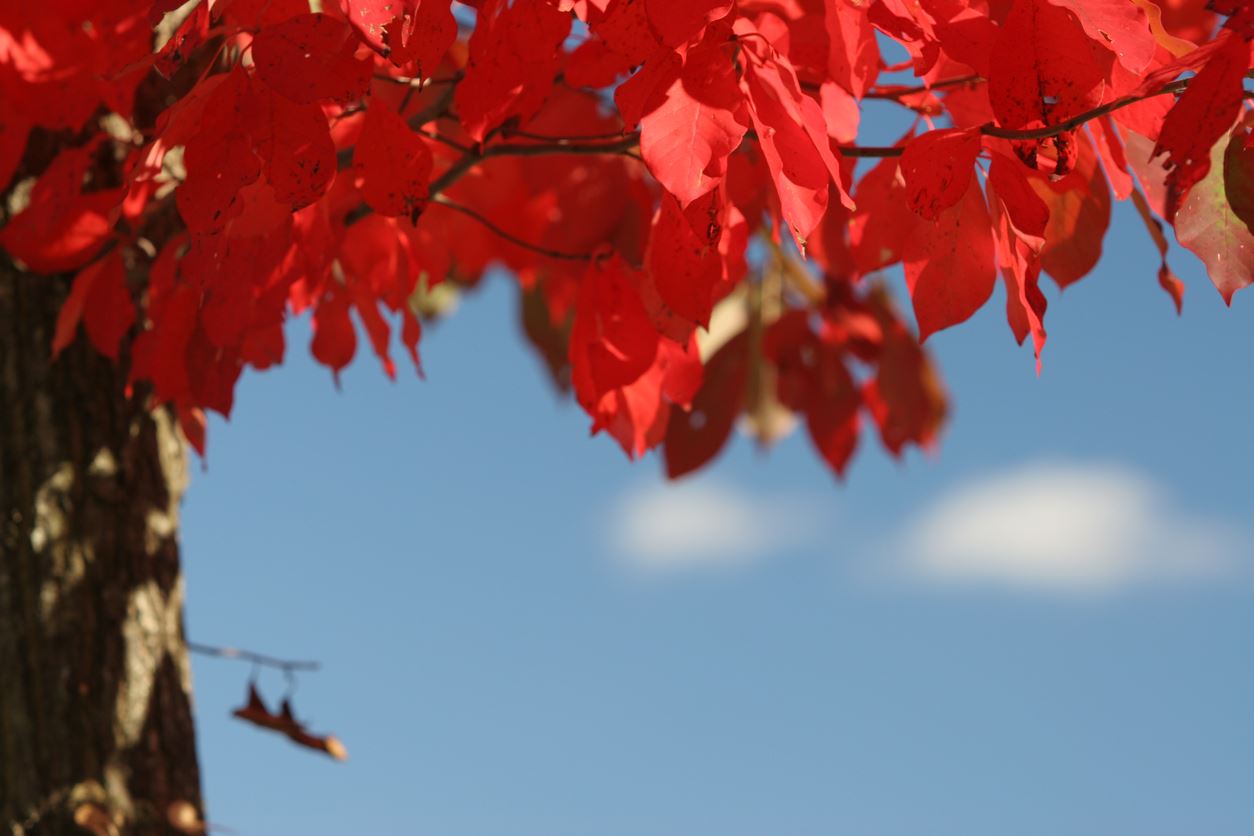 This tree may require a little bit of a road trip as it’s more common in eastern Texas, but the black tupelo is worth the drive. The leaves on this tree turn purple in autumn and eventually fade out to a deep scarlet as the season progresses.

Deer and birds (such as the American robin) will eat the leaves or fruit of the tree, but mature plants are mostly left alone as they can grow up to 75 feet tall. Another tree that requires full sun to partial shade for optimal growth, black tupelos have long taproots which make them difficult to transplant and unlikely for the nursery trade.

Where does it grow? Hardiness zones 4-9 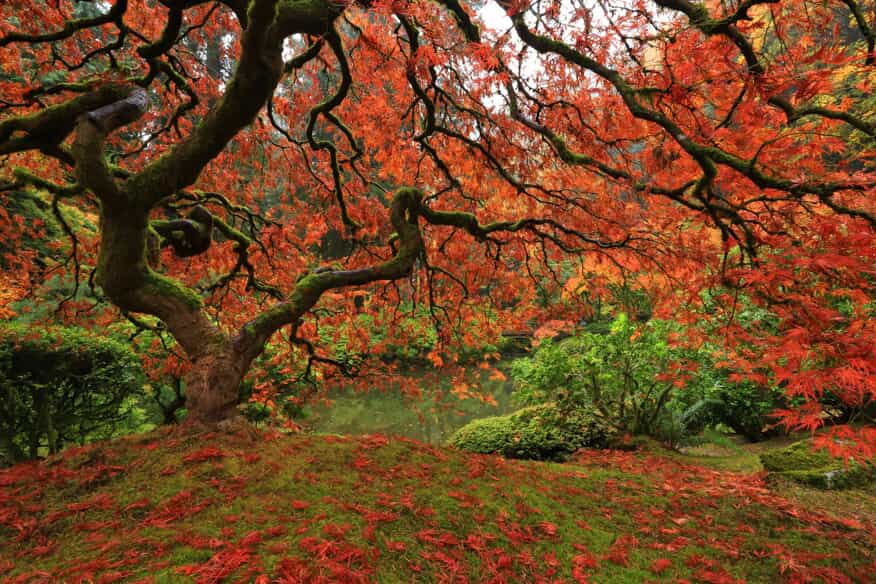 As you may guess, this species of tree is native to Japan, China, eastern Mongolia, Korea, and Russia, but has been grown around the world due to their interesting leaf shape and brilliant coloring. The Japanese maple is actually a form of a small tree or deciduous shrub and has many different variations with different leaf types, colors, and sizes. The most popular in North America is the red or purple-red variation.

This species is mostly sun-tolerant, though it could require partial shade in the warmer Texas climate, and care of this tree requires regular watering as the plant is not drought-tolerant.

Where does it grow? Hardiness zones 5-8

One of the most versatile trees on the list, the red maple is one of the most common trees in central and eastern North America. Red maples will often grow to around 100 feet in height and during the autumn months, their leaves will turn varying shades of red, orange, or yellow.

Where does it grow? Hardiness zones 3-9 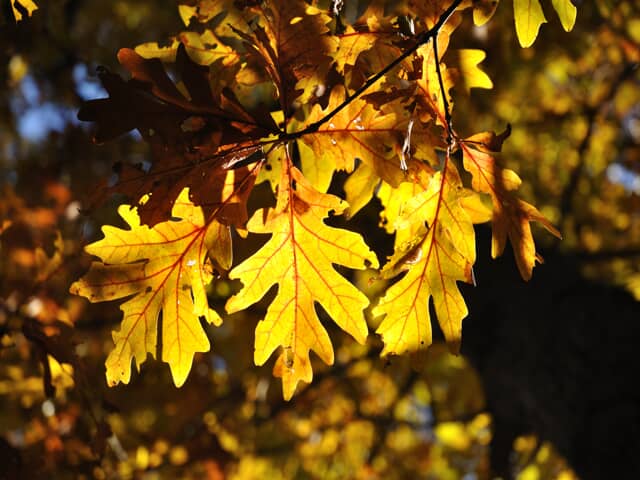 Another tree native to eastern Texas, the white oak is named for the color of its finished wood. White oak trees may live for 200-300 years—such as the Wye Oak which was rumored to be around 450 years old when it was felled by a thunderstorm.

The autumn foliage of the white oak tree turns a gorgeous reddish-brown, but drop off the branches fairly quickly.

Where does it grow? Hardiness zones 3-9 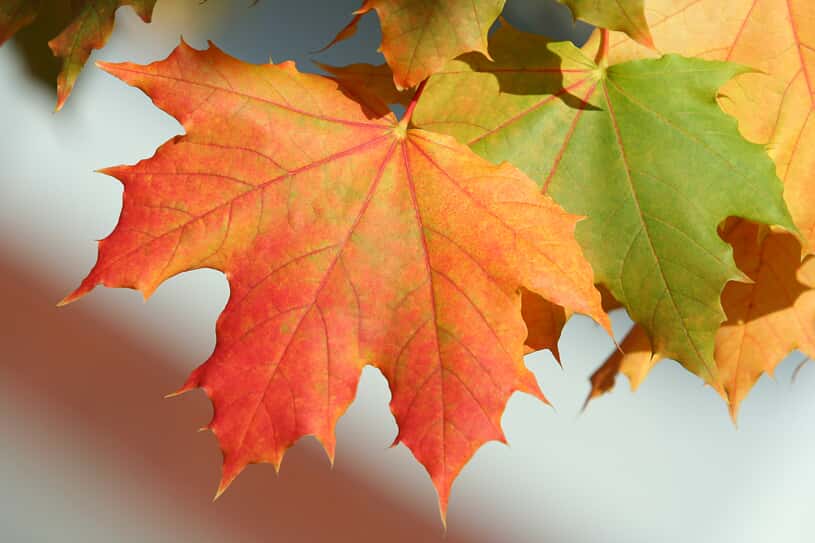 The sugar maple is likely the form of the maple tree many Americans are most familiar with. Sugar maples are the primary source of maple syrup and feature beautiful leaves that vary in color from green to golden yellow, orange, and a deep red.

Sugar maples have a tendency to color unevenly through the season, meaning at any given time you could see all the colors on the same tree at the same time!

Where does it grow? Hardiness zones 3-8a
Categories